The worst period in his 25 years in coaching in South African football - that’s how Gavin Hunt described the current situation at Wits.

Last week I wrote all about Moeneeb Josephs’ rant at his teammates and it seems like the PSL champions just can’t get it right at the moment.

Against Kaizer Chiefs, new boy Amr Gamal spared them another defeat when he struck late to earn a draw. But even then, they had to fight with 10 men as Nazier Allie was sent off early in the match.

The red cards have flowed for the champions already this early in the season, with even coach Hunt sent off in the first Cup game against Golden Arrows.

Last midweek they were torn apart by Arrows who got sweet revenge with a 3-1 win at Milpark.

Even Benni McCarthy mentioned that Wits were easy to read now as they play route one football and that’s how he plotted their downfall.

It must be one of the worst starts to a new season by defending champions.

After four games, they are one point off the relegation zone with two points from four games.

They still don’t have a victory in the league and right now it’s a worry for Hunt.

What’s gone so wrong for a team that usually starts strongly?

Well, I think one of the problems is what Josephs spoke about, that hunger and desire.

But it’s more than that.

I think Hunt is still trying to work out what his best combination is, especially in midfield.

He’s chopped and changed in every game, some of them enforced changes given those early suspensions and injuries.

But he seems to be experimenting still - in each of the last three league games he’s had no consistency.

OFF THE PACE: Veteran Steven Piennaar

No two games have had the same midfield and I think if your engine room isn’t settled, you will struggle.

It’s well known that Wits have the luxury of depth in their squad but it seems to be costing them right now as the coach tries to find a winning combo.

They play tonight against AmaZulu, who are hurting from a Durban derby loss that was closer than the scoreline suggests, so it’s going to be another fierce game for Wits.

But hey when you’re champs, you know there’s a target on your back.

Mom and child in fire ‘suicide’ 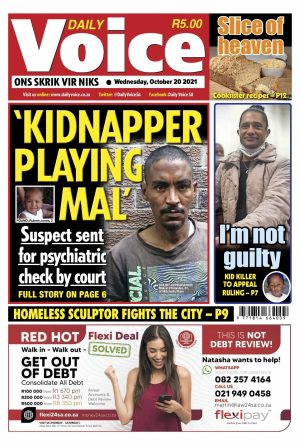