Nightclub owners in Cape Town say the lockdown has killed their business and they are now resorting to desperate measures to stay afloat.

South Africans breathed a sigh of relief this week when President Cyril Ramaphosa announced that the Coronavirus lockdown would be eased to Level 2.

While the ban on the sale of dop and entjies was lifted, inter-provincial travelling opened and going to the gym is now allowed, mense are still not allowed go to their local jol to dance their blues away as large gatherings are still prohibited.

On Monday, Cooperative Governance and Traditional Affairs Minister Dr. Nkosazana Dlamini-Zuma said that nightclubs would remain shut due to the increased risk of infection.

Celeste April, the owner of Las Vegas Lounge in Westridge, Mitchells Plain, says they’ve now decided to change their operations and even their business name to try and survive.

“The announcement of the minister doesn’t make sense,” says April.

“I was worried at first because I can’t open, but I’ve changed my mind.

“I will open my establishment as a pub and grill. I have no choice but to do it that way as we have been closed since March.

“We’re going to trade as Las Vegas Pub and Grill.”

Celeste says she was sukkeling financially after the landlord still demanded rent for her nightclub.

“My landlord is expecting his monthly rental payment. My staff members are at home, hungry. They can’t feed their families.

“I have 15 staff members in total. We haven’t received any UIF funds yet, no relief funds, as promised by the president.

“I can’t sit at home anymore, I also have kids to feed and a house that needs essentials.”

Meanwhile, Sidney Oliver, the manager at West End in Athlone, says they still had hope but had to let their 30 in-house staff members go after the minister’s announcement: “Unfortunately we all have to seek alternative employment.

“My concern is my 30 staff, especially the single parents who don’t have any other income, and this excludes the musicians, sound engineers, DJs, security, bands, so many jobs are affected, it’s very sad, but we’ll keep the faith.

“We have no idea when or if we will reopen, we have suffered a major loss.” 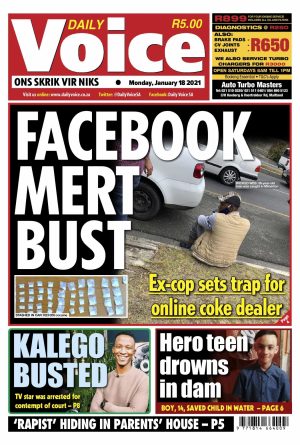