Cops have made a breakthrough in the murder of a dad of six who died on Father’s Day.

Grassy Park SAPS arrested two skollies on Monday after they were identified by witnesses.

The duo, who are members of the Six Bobs gang, are accused of shooting Parkwood dad Anthony Griebelaar and will make their first appearance in the Wynberg Magistrates’ Court today.

Anthony, 52, was shot multiple times while standing just metres from his home in Blackbird Avenue on Saturday night.

His heartbroken girlfriend, Ingrid Meyer, 37, told the Daily Voice that he was declared dead on Father’s Day after being rushed to Retreat Day Hospital.

Anthony was listening to music from a nearby house party when the armed men ran down the street and opened fire, hitting him in the chest, arm and back.

Grassy Park SAPS commander, Colonel Dawood Laing, says the accused were identified by witnesses and cops went on the hunt on Monday morning.

“The two suspects, aged 21 and 26, were found standing in Parker’s Walk and immediately arrested,” he says.

“The firearms were not retrieved but thanks to the community who came forward we were able to charge them with the murder.

“The two suspects are well-known shooters for the Six Bobs gang and will appear in the Wynberg Magistrates’ Court [today].”

“Their contract at work ended before the shooting so he was not working during this time,” she says.

“We are trying hard to get the funds together to give him a decent funeral because he didn’t deserve to die like this.

“Unfortunately he didn’t have a burial policy and now we are looking for help.

“The community is very angry because they just shoot anyone.

“Everyone knew Anthony as the man who was always friendly and spent most of his time taking his children to the park.

“I am glad about the arrest and we just want justice for him.”

WATCH: Shooting of boy sparks a Pagad and gang gunfight

[VIDEO] Police in Delft shooting released on a warning 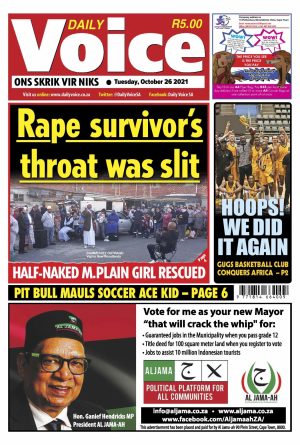