South Africa’s director of rugby Rassie Erasmus will face an independent misconduct hearing for the comments he made about match officials last week.

Erasmus was called to the principal’s office on Monday night, when World Rugby released a statement reading: “Match officials are the backbone of the sport, and without them there is no game.

“World Rugby condemns any public criticism of their selection, performance or integrity which undermines their role, the well-established and trust-based coach-officials feedback process, and more importantly, the values that are at the heart of the sport.”

Erasmus, who made an hour-long video in which he detailed his unhappiness with how referee Nic Berry and his assistants officiated the game, is not the only one who is in trouble.

Lions coach Warren Gatland is also mentioned by rugby’s governing body following reported unhappiness with the decision to have Marius Jonker as the TMO in the first Test.

The statement adds: “Having conducted a full review of all the available information, World Rugby is concerned that individuals from both teams have commented on the selection and/or performance of match officials.

“However, the extensive and direct nature of the comments made by Rassie Erasmus within a video address, in particular, meets the threshold to be considered a breach of World Rugby Regulation 18 (Misconduct and Code of Conduct) and will now be considered by an independent disciplinary panel.

“The date and panel will be confirmed in due course.

“World Rugby has reminded the management of both teams of the importance of this area and their obligations regarding the values of the sport.

“In order to protect the integrity of the sport and its values, World Rugby will also undertake a review of its Code of Conduct relating to incidents of this nature with a view to strengthening scope, rules and sanctions.

“As with any Test series, South Africa versus the British and Irish Lions is a showcase of rugby that generates great excitement and interest, even more so at this challenging time for sport and society.

“It is an opportunity for both teams and their management to set a positive example and concentrate on the spectacle and a wonderful example of rugby and its values at their best.”

With the series tied 1-1, the Springboks and the British and Irish Lions will lock horns in the decider at Cape Town Stadium on Saturday.

[VIDEO] The fact of the true matter: Don’t get your bors warm if you only know half stories

Teen killed for refusing to join a gang

‘Principal gets us fined’: Traffic & parking chaos at school

[WATCH] No jab, no job: Fired for refusing the Covid vaccine 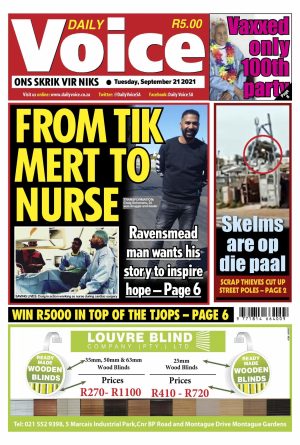