Ag knee man: Gelant sidelined for up to 9 months

Western Province and the Springboks were dealt a big blow on Tuesday when it was confirmed that fullback Warrick Gelant will be sidelined for up to nine months.

Gelant suffered a knee injury in WP’s 22-20 defeat to the Blue Bulls at Newlands last weekend and has to go under the knife to repair the damage.

Not only does this mean the end of the domestic season for the 25-year-old, who was in red-hot form ever since joining the Capetonians from the Bulls at the start of Super Rugby Unlocked, but he is also in danger of missing the British and Irish Lions' visit to South Africa in July next year.

WP assistant coach Norman Laker says of the injury to the fullback: “Warrick has torn his ACL (anterior cruciate ligament) – the word [in the camp] is he’s probably out for nine months.

"But with good rehab and the professional that Warrick is, it can easily be six months. So it all depends on the operation."

Of their options at fullback ahead of Saturday’s visit to the Golden Lions, Laker adds: “We have Tim Swiel that can cover 15, Kade Wolhuter who is still a youngster [can also come in] and we also have Tristan Leyds.

"We do have a few options that we can consider.”

WP will name their squad for the clash today.

Woman found shot on the backseat of a car

Dad ’stabs two stepsons’: Man in court after 20-year-old is killed in ‘self-defence’ 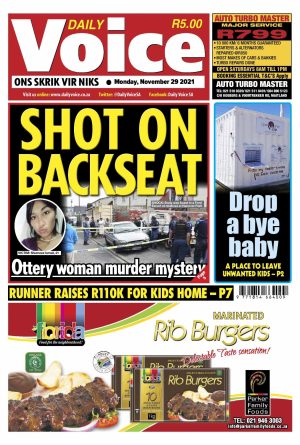