About 2.8 million children in Africa don’t make it to their fifth birthday due to diarrhoea and pneumonia.

This is according to the executive director of non-profit organisation Save Our Schools (SOS) Shelley Humphreys, who emphasised the importance of water and hand soap.

“Washing hands can reduce infections by 50% as well as being a key intervention for the prevention of many other killers such as cholera, ebola and respiratory infections.”

With these shocking statistics in mind, Sunlight 2in1 has donated 35 yellow JoJo water storage tanks to SOS at Zonnebloem College Estate in Woodstock on Monday to celebrate World Environment Day.

SOS also has plans to assist Leap School in Philippi and Christel House in Wetton.

At the handover, kids were asked about water saving tips and also enjoyed a performance by the schools’ marimba bands and a dance by Wally, the water saving mascot.

“I think it will play a huge part in the water management in the school. The donations will benefit 700 children,” said Zonnebloem Boys’ Primary School principal, Deon May.

May, who has been the principal of the school for 30 years, said the school will save approximately 200 000 litres a month.

Humphreys adds: “The main goal of SOS is to keep schools open and sanitary. By the end of this year, we want to do 20 schools.”

Working in partnership with businesses and other organisations, SOS provides schools with alternate water sources. 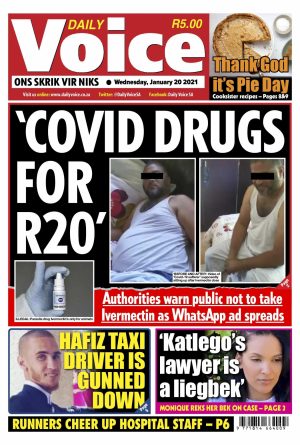