Mystery surrounds the motive behind the shocking murder of three little sisters in New Zealand.

Their mother, a South African doctor, has been charged with their murder.

Lauren Dickason, 40, has been sent for a psychiatric assessment.

New Zealand media reported that Dickason, a doctor from Pretoria, appeared before Judge Dominic Dravitzki in the Timaru District Court on Saturday.

She has been charged with the murders of her three daughters, two-year-old twins Maya and Karla, as well as their older sister Liane, 6.

According to news reports in New Zealand, Dickason looked calm in court and kept her arms folded, staring at the floor. She did not enter a plea.

Dickason, along with her husband, Graham, an orthopaedic surgeon from Pretoria, emigrated to Timaru in the Canterbury region of New Zealand in August.

They had just come out of mandatory Covid-19 isolation and had been in their new home for only a week when the tragedy occurred.

It is believed that Graham, who was employed by Timaru Hospital, came home at about 10pm on Thursday night and found his three children dead.

His wife was in the house at the time.

The suspect is expected to reappear in court on October 5.

While the judge suppressed some details of the crime in open court, a former colleague of Graham and a source in New Zealand told Rapport it was suspected the children were strangled with cable ties.

Their mother, who was described as a quiet and humble person by former colleagues, was reportedly on medication but had stopped taking it.

Mandy Sibanyoni, who worked as their nanny in South Africa, told The Associated Press that there were no obvious problems, describing them as an “awesome family” with “wonderful kids”.

Siblings die in a fire: Girl, 1, and boy, 6, caught in a blaze while home alone

3 shot on their way to school: Elsies River boys caught in gang crossfire 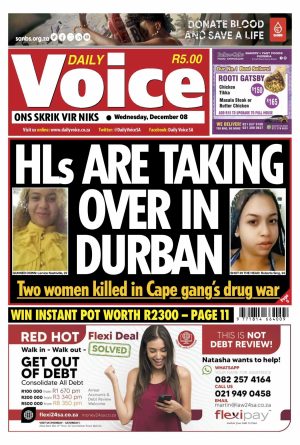