The bodies of three newborn babies have been found in less than 24 hours on the Cape Flats.

Residents of Belhar, Thornton and Eikendal in Kraaifontein have been left shocked by the discoveries.

SAPS’ Sergeant Noloyiso Rwexana confirmed that a death inquest has been opened for investigation after a foetus was found at Syringe Way, Belhar.

“The foetus was found in a dumping site in the early hours of Wednesday 5 May.”

She said no arrests have been made yet.

In a different case, a fully developed baby girl was discovered by a bergie in 12th Avenue in Eikendal on Tuesday morning.

Captain FC van Wyk confirms the find and says police are searching for the baby’s mother.

“An inquest case was registered for investigation and anyone with information is urged to make contact with the detectives on 082 469 3319,” says Captain Van Wyk.

Meanwhile, Rwexana says earlier that morning, a baby was found in Thornton, opposite Thornton Primary School.

She says a concealment of birth case is being investigated.

“A foetus was found on Tuesday in the early hours, in a dust bin in Poplar Ave, Thornton.

“No one has been arrested yet.”

Anyone with information about the babies or their mothers is asked to contact the relevant police stations where all information received will be treated as confidential. 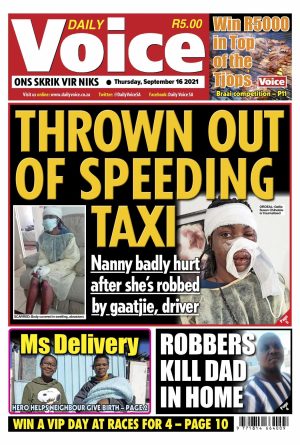