You know a couple are getting lekker cosy when they start sharing clothes.

The sexy singer normally wouldn’t be caught dead in a red-and-grey flannel hemp.

But then Ben, 48, was photographed wearing just such a shirt last month.

And the top is not the only item of clothing that’s changed hands between the pair.

During a hook-up with J.Lo, 51, in Miami last month, Ben seemed to be wearing the same silver watch his former fiancée bought for him in her 2002 Jenny From the Block music video.

One of the most stylish power couples of the 2000s, “Bennifer” — who were engaged in 2002, but never made it down the aisle — reunited in April, just days after J.Lo’s break-up with baseball star Alex Rodriguez.

Romantic trips to Montana and Miami followed for the superstar duo in May, as well as an intimate dinner date in West Hollywood.

Ben was even recently spotted hanging out with J.Lo’s mom, Guadalupe Rodríguez, in Las Vegas of all places.

According to Page Six, Bennifer are reportedly “discussing summer plans,” as they “want to spend as much time together as possible”.

Let’s just hope they remember to pack in their swimsuits otherwise they’ll have to swap bikinis and Speedos.

To let or not to let: Mitchells Plain landlady in an eviction battle with family after illegally renting house 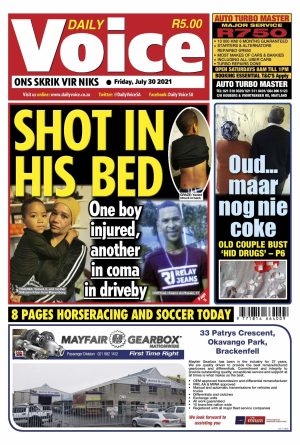